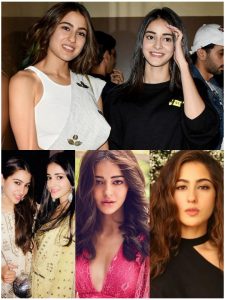 Actress Ananya Panday is a famous Bollywood star kid, known for her acting in “Student Of The Year 2”, and “Pati Patni Aur Woh”. She was also recently seen in the film “Khaali Peeli” opposite rumored beau Ishaan Khattar. 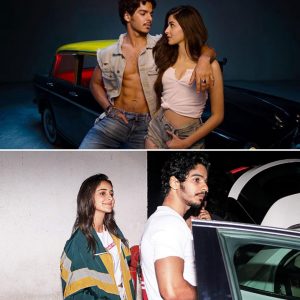 The star kid is frequently seen chilling out with her companions like Sara Ali Khan and other Bollywood celebs, and it makes her fans wonder about her amicable nature towards the competitors of her age. Recently, Ananya revealed in a chat that “Competition always motivates her.”
Ananya also spoke about healthy competition with her companions, saying that she feels good when other actors do well. 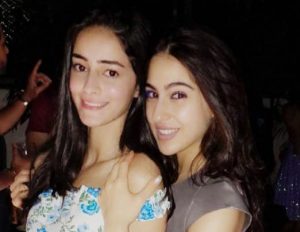 Ananya recalled how she cheered Sara in a good spirit when her recent film ‘Coolie No 1’ was about to release. She eagerly watched Sara’s film and appreciated Sara for her fantabulous dancing skills in her all songs of the film ‘Coolie No 1’.

She was also asked about how the industry has changed after her dad Chunky Pandey’s time, to which Ananya said that the industry is different now, and all are really kind to her. She further added, “I feel there’s still a sense of unity, brotherhood, and family in the industry, which is been kind and warm welcoming towards me, she says she feels very supportive in this industry.”