In the today episode Anupamaa told Pakhi of Rajan and Deepa Shahi’s “Anupamaa” to establish a goal in life and then fly high to attain it. She informs her that she will only assist her if she is committed to making something of herself in life. Vanraj later approaches Anupamaa and informs her that she should not have humiliated him in front of his children. He questions why she stopped Malvika from speaking while Anuj does the same. Anupamaa informs him that Anuj speaks only when absolutely required. They even have a quarrel about Vanraj calling Malvika Muku.

Families then meet for a pooja before heading to the playground to fly kites. Anupamaa apologises to Malvika for instructing her not to talk in front of Vanraj, but Malvika had already forgotten. They begin to fly the kites in partners, and Vanraj cheats by having Malvika’s name inscribed as his partner. 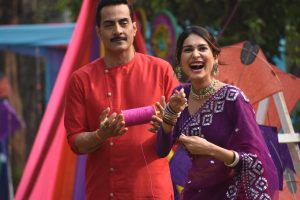 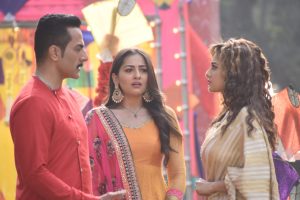 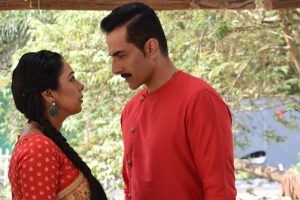 In the next episode, Anupamaa and Vanraj will compete in kite flying while mocking each other over who would win, implying that Malvika and Vanraj are getting closer. Vanraj’s kite is suddenly cut by Kavya. Keep watching “Anupamaa” to find out what happens next.

Nia Sharma’s Sexy Pole Dancing Is IMPOSSIBLE To Resist: Actress Aces Her Moves Like Its A Piece Of Cake For Her; Calls It ‘Maut Ka Farmaan’

“Children always ask for the Shakala Pencil and Sonpari’s Magic Stick from me to complete their homework” recalls writer Neeraj Vikram on his famous shows Shakala Boom Boom and Son Pari.

In many instances, writers have claimed that isolation is their friend. It gives them the peace and room their creativity...

Nakuul Mehta is not keeping well. The Bade Achhe Lagte Hain 2 actor has been hospitalized and will have to...

Can You Guess How Much Katrina Kaif's Printed Shirt And Trousers For Nailing Airport Fashion Cost?