One of Bollywood’s most versatile actors, Ayushmann Khurana, is known for his incredible performances in ‘Andhadhun’, ‘Article 15’, and ‘Badhaai Ho’. Ever since Ayushmann has climbed the ladder of success, he has become the hot topic among the ladies. Recently, the actor gained another admirer who publicly professed her liking towards him. 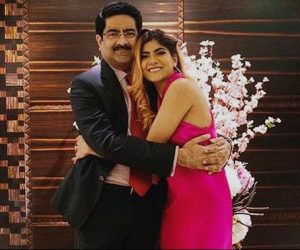 The admirer is none other than Indian billionaire industrialist, and the chairman of the Aditya Birla, Kumar Mangalam Birla’s daughter Ananya Birla. Ananya, who is a singer by profession, is known for being active on her social media accounts. Recently, Ananya went on a Q&A spree, in an attempt to let them get to know her better. One such fan asked her who her favorite actor was, to which Ananya replied, “Everyone is amazing…hmm @ayushmannk..” Check out her post below- 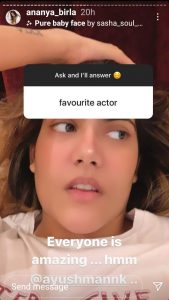 Upon seeing Ananya’s post, Ayushmann also took to his Instagram to express his happiness. He reposted Ananya’s story and wrote, “Thanks Ananya. Lots of love.” Check out his response below- 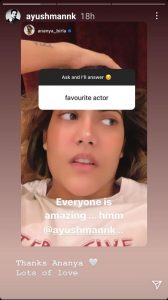 On the theatrical front, Ayushmann, who was last seen in ‘Gulabo Sitabo’, alongside Amitabh Bachchan, will next be seen in ‘Chandigarh Kare Ashiqui’ opposite Vaani Kapoor.