Recently, rapper Yo Yo Honey Singh and singer-composer Vishal Dadlani made amends on the sets of Indian Idol 12 by hugging each other. 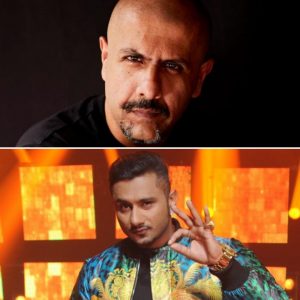 Things started going downhill between Singh and Dadlani back in 2013, during the release of the Shah Rukh Khan starrer ‘Chennai Express’. It is believed that they had a disagreement over the blockbuster song from the movie called ‘The Lungi Dance’. 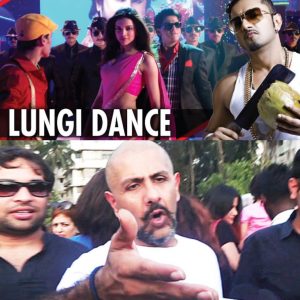 Honey Singh was offered the song at the last minute, however, Vishal, who composed the music of the movie wasn’t happy with this decision. This led to a slight misunderstanding between the two, causing them to not talk to each other for very many years.

When Vishal was asked about why he chose to patch-up with Honey, he said, “A lot has been said about Honey in past years to know where he has gone. The point is Honey is here and he will stay with us. I feel it is important for me to hug him on this stage,”

The patch-up between Vishal and Honey will be seen in an upcoming episode after contestant Swati Bhatt’s delivers a fabulous performance of the song ‘Tharki Chhokro’. The two ace musicians will then be seen coming up on stage and flaunting their beat-boxing skills, post which they hug it out.

While Dadlani is one of the judges on the singing show, Singh had come to promote his upcoming track featuring Nushrat Bharucha, which is called ‘Sayiyan Ji’. 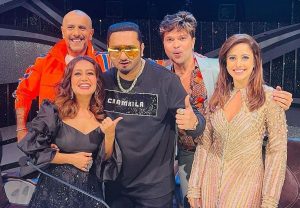 The episode of their patch-up will be aired over the weekend.