Deepti Sadhwani is back with the foot-tapping song Pallo Latke, after the super success of Lala Lala Lori

The groovy, foot-tapping number Pallo Latke from Digiya Music has been released today and it has already become the talk of the town. It features the euphonious voice of Anjali Raj and is the perfect song to add life into the mundane work from home schedule.

Digiya music was started by Kamal Digiya as a passion project in October last year. The label has been working on bringing the best of music to the world. Pallo Latke follows suit after their last chartbuster Ram Maaf.
Pallo Latke is not just a beautiful song but also equally well presented. The song features Deepti Sadhwani, who is an MBA by profession but left a cushy job as an investment banker to follow her dreams. She has several beauty pageants to her credit including being titled the winner of Miss North India. She was also a finalist in Miss India contestant.

The song was launched on Deepti’s birthday and the event was a complete star-studded event. Many renowned artists such as singer Mika, Toshi and Shaarib Sabri, Zaid Darbar, Deepshikha Nagpal, Amit Gupta, Navin Prabhakar, Suleiman Merchant among others. 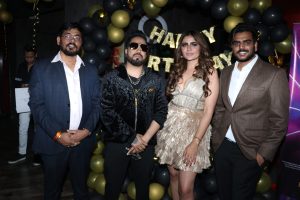 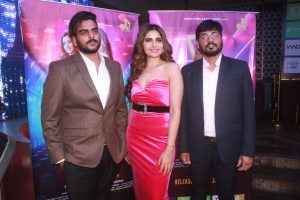 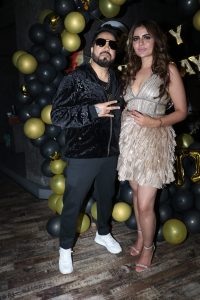 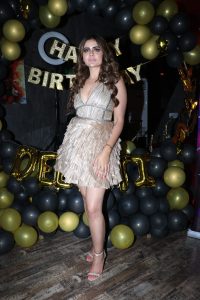 Deepti made a smashing debut with Rapper Badshah in Haryana Roadways and since then been featured in many superhit songs including “Lala lala Lori“ with Fazilpuria which has already crossed 400 million views. Deepti has an interesting lineup ahead of her including three more songs with the Digiya Music that are slated to release soon.

At the grand launch event, Mika talking about the song said, “Deepti is a multi-talented star. She is a great host, model and singer. Today she is adding another feather to her cap with the launch of this new song. Pallo Latke is a classic folk song and she has done complete justice to her version. I wish her and the entire team all the best and I cant wait to work with her and Zaid Darbar together”.

Deepti added, ” When I wanted to venture into singing, Mika paaji was the first person I turned to and he has been gracious enough to launch my song Pallo Latke, he’s been a great mentor, friend and a guru”

Even in the direction front, the label has roped in Sahil Sandhu, who has been accredited with some of the best songs from the genre such as “52 Gaj ka Daman”. He has directed over 100 songs to date and is also the director of “Ram Maaf”.

Commenting on this song, Sahil said, “The song is a complete dance number and will connect with the millennials. It was amazing to direct and shoot this music video. The experience of working with Digiya Music, Kamal Digiya and Deepti Sadwani were truly remarkable. I am very excited about this single and I am positive that the audience is going to love it.”

Kamal Digiya from Digiya Music said, “I am thrilled at the launch of this new song and excited to present this to our audience. In a very short span of time, Digiya Music has carved a niche for itself. Pallo Latke will help us in cementing our position and we are looking forward to realising some amazing songs over the course of the year”.

If you have not heard the song, hear it here:

B-town Celebs Who Flaunts Their Black Tube Gowns – Check Out

One of the most anticipated and keenly awaited releases is the Shah Rukh Khan starrer Pathaan. While the film has...

Giorgia Andriani has paved her way into the hearts of the audience with her brilliant acting skills and fashionable style!...

B-town Celebs Who Flaunts Their Black Tube Gowns - Check Out