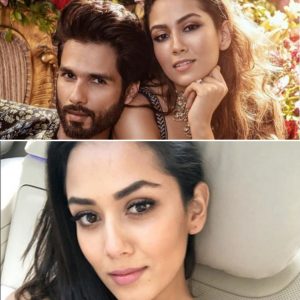 One of the most talked-about B-Town wives, Mira Kapoor is known for being active on her social media accounts. Mira has been getting numerous endorsements ever since she appeared on Karan Johar’s talk show ‘Koffee with Karan’, with hubby Shahid Kapoor. While some are still busy comparing her to Shahid’s ex Kareena Kapoor Khan, many are starting to realize that she indeed has an interesting personality. 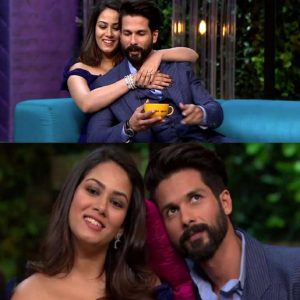 Recently, Mira was regarded as a ‘top celebrity influencer’ by Duff & Phelps, who also praised her unmatched Instagram presence and positive influence on her fans. Proud hubby Shahid couldn’t contain his excitement and went on to post a story on his Instagram, congratulating Mira. On the post, he wrote “Love you. So proud.” Check out his post below-

Mira, on the other hand, gave all the credit to Shahid by reposting his story. She wrote, “Not without you my love.” Check it out below-

There is no doubt that Shahid and Mira are by far the most unproblematic couple in Bollywood. With this achievement in her kitty, fans are wondering whether her next move will be to act in movies. Regardless of what Mira does in the future, we congratulate her and hope she uses her social media presence for a good cause.