Nora Fatehi continues to enchant Indian audiences with her flair, attitude, boldness, and perfect talent, whether it’s through mesmerising dance moves in films and music videos, captivating postures on social media, or casting a spell at fashion events. Nora excelled in her realm of unique songs and eventually sneaked into the big league of Bollywood from regional areas, despite not having many opportunity to show herself as an actress.

The Bollywood diva bombshell is extremely known for her stylish flair, with 22 million Instagram followers. Nora Fatehi has torched the internet with her jaw-dropping postures in bikinis a couple of years ago, in addition to impressing the fashion police in sheer dresses, jumpsuits, bodycon, and denim. 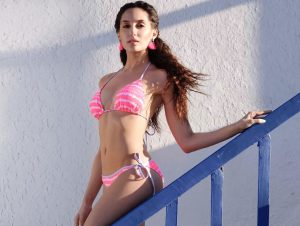 Finally, Nora Fatehi’s career in Indian film was turned around by Rajamouli’s fantasy action-adventure ‘Baahubali: The Beginning.’ Despite being one of three divas in the Manohari song opposite Prabhas, she drew special notice with her arresting screen presence and seductive dance moves. Following that, she starred in a hattrick of item songs, including ‘Kick 2,’ ‘Loafer,’ and ‘Oopiri.’ ‘Double Barrel’ was her Malayalam debut, and she followed it up with ‘Kayamkulam Kochunni,’ starring Nivin Pauly and Mohanlal. 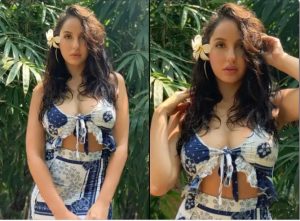 Nora returned to Hindi cinema in 2018 with a supporting part in ‘My Birthday Song,’ after a two-year hiatus. She followed it up with a stunning performance in a reimagined version of ‘Satyameva Jayate’ song Dilbar. Within 24 hours of its release, the upbeat song had surpassed 20 million views on YouTube, making it the first Hindi single to do so in India. The 29-year-old actress wiggled her booty to Sachin-massy Jigar’s melodies in Kamariya in ‘Stree.’

Eminem’s Daughter Hailie Jade Is Rocking Her Bikini Look Which Is Too Hot To Handle; Don’t Miss Out – SEE PICS