Anita Hassanandani and Rohit Reddy had taken the internet by storm when they first announced the pregnancy, leaving the fans eagerly awaiting the good news. On this special occasion, Rohit took to his Instagram to share a picture of him and Anita from a maternity shoot. In the picture, Rohit can be seen planting a kiss on Anita’s cheek, while she flaunts her baby bump. His caption read, “Oh Boy!” indicating that Anita has delivered a baby boy. Check out his post below-

As soon as the news broke, fans and friends of the duo started showering their love and blessings on social media. This is Anita and Rohit’s first child together. The couple tied the knot in 2013, and are known for their adorable equation. 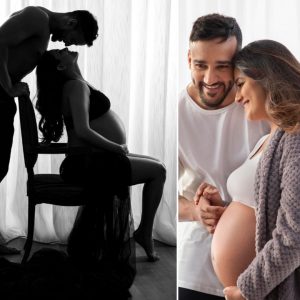 Talking about Anita’s professional life, she will next be seen alongside Tushar Kapoor in an upcoming movie, after almost two decades. The two actors have previously starred in various films like ‘Kucch To Hai’, and ‘Yeh Dil’. Their upcoming movie is a mystery thriller ‘Maarrich’, which also has Naseeruddin Shah and Seerat Kapoor