Priyanka Chopra, Katrina Kaif, And Janhvi Kapoor Are Among The Bollywood Stars Who Have Embraced Winter Fashion With Their Stunning Look – Don’t Miss it

Shweta Tiwari Is In Hot Water After Making The Remark, “Mere Bra Ki Size Bhagwan Le Rahe Hain,” And Netizens Are Trolling Her – Check For More

From Katrina Kaif To Nora Fatehi; These Divas Showed How To Carry Blush Pink Saree

No Result
View All Result
Home

Preeti Gupta’s old friend from the beginning of her career, Ekta Kapoor asked her to coach the cast of Crashh.

The award-winning actress, Preeti Gupta, who is known for her work in the short film ‘PROOF’, the movie ‘Unfreedom’, and the popular serial ‘Kahaani Ghar Ghar Ki’, has gained international recognition through her excellent acting skills.

Around 5 years ago, Preeti Gupta went back to New York, she has been teaching advanced acting in Actors Technique NY. Preeti likes to visit India often, especially in winters. Bombay is so lovely compared to the super cold New York. “ I keep chasing the sun”

Teaching acting has its perks as it has made her a better actor she believes. She has acted in lead roles in international features, shorts and theatre productions.

Talking about it Preeti Gupta stated, “It happened very naturally, I myself have studied method acting in Lee Strasberg Institute in New York and I keep going back to classes. The technique really helps you, like any other art form, acting also is a craft. The craft needs tools and I love to share with people what I know or how things help me personally in the roles that I do. I started teaching 4 years ago in New York and some workshops in India. It’s also a great learning for me, as I’m teaching I’m also re-learning and strengthening my own technique deeper.” 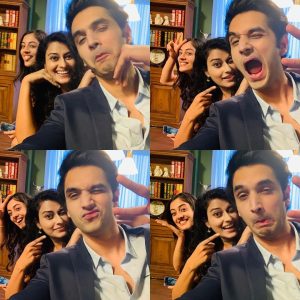 Preeti Gupta’s old friend from the beginning of her career, Ekta Kapoor asked her to coach the cast of Crashh. Her skills impressed director Kushal Zaveri so much that he asked her to come on board as the performance director. Recalling this, Preeti Gupta said, “Crashh happened coz one day Ekta called me and said we are doing a new show will you train the actors. Complex Role. I jumped. Then when I was workshopping the actors, Kushal would come sometimes and by the end of it, asked me to come on board as the performance director. It’s been awesome” 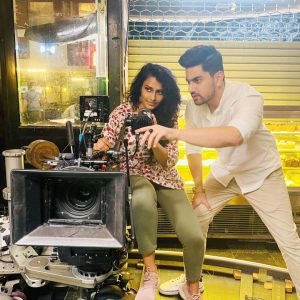 Preeti Gupta first understood the characters in all their facets and then explained it to the cast along with easy doable exercises thatbroke it down for them emotionally. When asked about the difficulties a performance director goes through on the sets, Preeti Gupta said, “No difficulties that I have faced, I think people need to realize that in today’s OTT world, it’s performances which make a show work, so it’s a good idea to have someone like me on board.”

Singer Harrdy Sandhu Says, “It Has Been A Delight To Work With Boss Music Productions And Nav Sidhu”

Punjabi songs and music Albums are doing Excellent in 2022 and some of them are winning hearts across the globe...

Krushna Abhishek, who has had a tumultuous relationship with his maternal uncle Govinda, expressed optimism that they will be able...

“My Aim to spread love, positivity and happiness in 2022″, says actress Jyoti Saxena on her plans for New Year 2022”

Actress Jyoti Saxena is currently enjoying a gala time and is planning to welcome 2022 in Dubai. Post new year...

Sonu Sood to be seen in Zee Studios’ next action thriller!