History: Ranbir’s ‘Brahmastra’ included in Disney Studio’s global release calendar, becomes the first Indian film to do so Actors Ranbir Kapoor and Alia Bhatt are in the news these days for their upcoming film ‘Brahmastra Part One: Shiva’. Now the news is coming that this film has created big history before its release. ‘Brahmastra’ has become the first film in Indian cinema to feature in Walt Disney Studio Pictures’ global release calendar. This means that this sci-fi trilogy film will be released worldwide on 9 September.

In addition to ‘Brahmastra’ in Disney Studio Pictures’ global release calendar 2022, Hollywood’s popular director James Cameron’s super animation drama ‘Avatar: The Way of Water’, ‘Thor: Love and Thunder’ and ‘Black’ The names of many films including ‘Panther: Wakanda Forever’ are included. All these films will be released in the year 2022 under the Disney Studios banner. ‘Brahmastra’ is produced by Fox Star Studios, owned by Walk Disney Studios Motion Pictures and Dharma Productions. The film will be released in five languages ​​Hindi, Tamil, Telugu, Malayalam and Kannada. The film will also be released in the United States and Canada by Walt Disney Studios Motion Pictures. 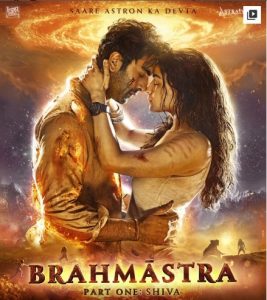 Ayan Mukerji has directed this film. He is also its co-writer. Ranbir played the role of ‘Shiva’ and Alia played the role of ‘Isha’ in the film. This is the first time that Ranbir-Alia will be seen together in a film. Apart from Ranbir-Alia, Amitabh Bachchan, Mouni Roy, Dimple Kapadia and Nagarjuna Akkineni will also be seen in lead roles in the film. Apart from this film, Alia will be seen in ‘Rocky Aur Rani Ki Prem Kahani’, her Hollywood debut and ‘Jee Le Zara’ and ‘Darlings’. Talking about Ranbir, he will be seen in the upcoming untitled film ‘Shamshera’, ‘Animal’ and ‘Luv Ranjan’ opposite Shraddha Kapoor.