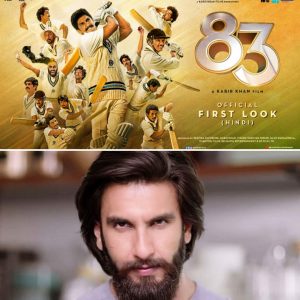 Recently, sources revealed that Reliance Entertainment has decided to release ‘83’ as soon as possible. The source stated, “Reliance along with the many other producers of the film have decided to release the sports flick in the month of June. It makes sense as the normalcy would have kicked in firmly by then. Also, getting it in theatres before, in April, is not feasible as Sooryavanshi is releasing on April 2. Also, the holy month of Ramzan is expected to commence from Monday, April 12. So April is completely ruled out. The month of May will see the release of two big films – Radhe – Your Most Wanted Bhai and Satyameva Jayate 2. Both the movies are expected to release during Eid, on or around May 14. A few films might also release in cinemas in the last two weeks of May. Hence, June seems like a good period.”

It is also believed that ‘83’ will in fact be released on the 25th of June, the very same day the Indian cricket team won the 1983 World Cup, the historic episode on which the film is based. However, sources claim, “There’s no truth to it. The makers are looking at the whole month of June as of now. It might come on June 25 or it might come earlier.”

While the release dates haven’t been officially announced yet, it is believed that it will be declared once Rohit Shetty starrer ‘Sooryavanshi’’s new release date is revealed, which will most likely happen this week.