Rishi Kapoor and Randhir Kapoor’s younger brother Rajiv Kapoor passes away at 58, fans call out paparazzi for not giving the family their “personal space”

Rishi Kapoor and Randhir Kapoor’s younger brother Rajiv Kapoor passes away at 58, fans call out paparazzi for not giving the family their “personal space”

On Tuesday, February 9, Rishi Kapoor and Randhir Kapoor’s younger brother, Rajiv Kapoor, passed away. Rajiv Kapoor was 58 years old. He suffered a major cardiac arrest, after which he was rushed to Inlaks Hospital by Randhir Kapoor, the closest medical facility available near their Chembur home. On arrival, the doctors pronounced him dead. 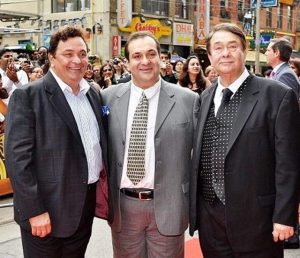 When contacted Randhir Kapoor, he confirmed the shocking news, saying, “I have lost my youngest brother, Rajiv. He is no more. The doctors tried their best but could not save him.”

He further added, “I am at the hospital, waiting for his body.”

Rajiv Kapoor who is known for his unforgettable performance in ‘Ram Teri Ganga Maili’, and ‘Ek Jaan Hain Hum’, was also the director of ‘Prem Granth’, which starred brother Rishi Kapoor in the lead. Neetu Kapoor, Rajiv Kapoor’s sister-in-law expressed her condolences on Instagram. 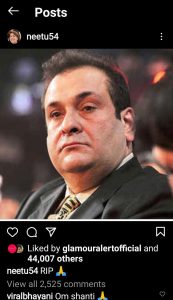 A video of Kareena Kapoor Khan along with sister Karisma Kapoor and mother Babita outside Rajiv’s residence went viral in the afternoon. While the trio looked visibly upset, it was the paparazzi that was causing chaos at the venue. On the video, fans expressed their anger by calling out the paps for invading their “personal space”. Check out the comments below- 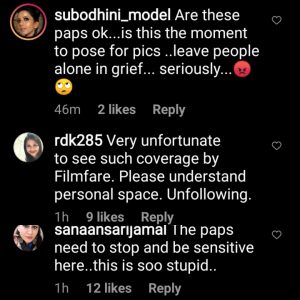 Even though it is the duty of the paps to show up at every B-Town event, looks like this time they crossed the line.