Bollywood’s fashion queen Urvashi Rautela is currently on a vacation in Shimla and seems to be trying out skiing as a new sport. She posted pictures of the same on her Instagram. Because of her back-to-back upcoming projects, Urvashi Rautela is always in the news. Urvashi Rautela has previously worked in some excellent hits, such as “Sanam Re”, “Kabil”, and “Virgin Bhanupriya”. For 2021, she already has three-films signed up with Jio Studios, among many others. Urvashi Rautela will be very busy shooting for her upcoming films, which is certainly going to be a great delight for her fans.

Urvashi Rautela posted a picture of herself on Instagram, in which we can see her sporting a glamorous winter look. In the picture, she can be seen wearing a green and white Fendi puffer jacket, with a pom-pom winter hat and exaggerated lug sole boots. She is on an extravagant vacation right now in Shimla and can be seen skiing. Urvashi is also seen holding skiing poles, looking more than ready to take off. The vacation is meant for something big as she has captioned the post “what a way to start my birthday month.” 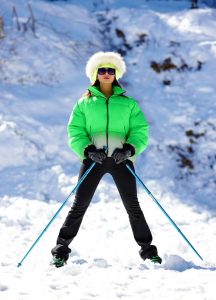 "Working with him was a great experience, 2012 which was a game-changer, he has done a really good job for Crashh," Says Director Kushal Zaveri about DOP Hanoz Kerawala.